This is a big event in every sense, and Liverpool City Council's Culture Liverpool team want to make sure as many people as possible get involved in the run up, during and after the show.

They are working in partnership with other council teams and external organisations to deliver an education and participation programme that aims to bring together the entire city in memory of the events which took place between 1914 and 1918.

If you are planning on organising an event to coincide with the commemorations, please download the form and email it back to us.

The Costume Hire department of Manchester’s Royal Exchange Theatre has received one of its biggest orders - to provide costumes for Liverpool’s forthcoming ‘Memories of August 1914’. The event tells the story of the Liverpool Pals Battalion, local men who signed up for the Great War in August 1914. Sadly, none of those who signed up returned, but they will be remembered in this spectacular piece of street theatre, which runs alongside the return of the Giants to the streets of the city later this month.
Over sixty outfits are being hired to create the characters who signed up, and researching the period before putting the costumes together has been one of Costume Hire’s tallest orders. Volunteer staff have been working under the guidance of manager Ludmila Krzak to make sure that each of the sixty actors is dressed from top to toe in authentic period style. Most of the outfits will have been seen on stage in the Royal Exchange theatre, but, once a play’s run has finished, costumes are available for anyone to hire.
‘It’s been an interesting project for us to work on,’ says manager Ludmila. ‘We’re used to providing costumes for big productions, and currently we are hiring outfits for all kinds of events linked to World War One, but this is our largest order to date. We’re all really excited to be working on something so prestigious and hope that visitors to ‘Memories’ will be impressed. And of course we are proud to be part of Liverpool’s Giant event, which has an international reputation. We look forward to working with our Liverpool friends in the future, and wish them all success in this year’s commemorations.’ 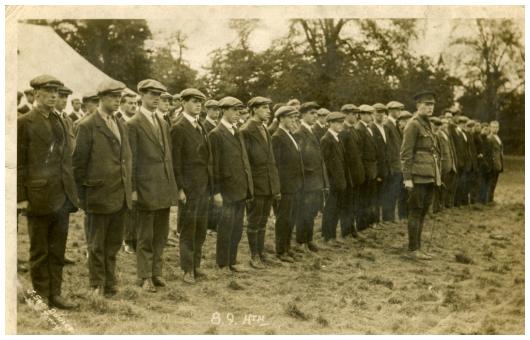